The Flash’s midseason finale ‘The Present’ picks up after the crossover event in which Team Flash, Supergirl, Team Arrow, and Legends of Tomorrow get together to kick some alien Dominator butt.

‘The Present’ brings us back to The Flash’s main problem, his alteration of the timeline which brought about the existence of Doctor Alchemy and Speed God Savitar. The alteration, called Flashpoint, also brought more Meta-Humans to town, including Caitlin as Killer Frost, and Wally as Kid Flash.

The midseason finale ended on a sweet note with a festive Christmas party at Joe’s house, and the whole team is there. Barry has successfully left the Philosopher’s Stone which confines Savitar inside the Speedforce. In doing this he accidentally jumps into a future timeline, which leaves us with more questions than answers.

This season introduced us to a new speedy supervillain, Savitar. He has been lying dormant in a stone called the Philosopher’s Stone which was unearthed by Julian Albert (Tom Felton). Savitar is a metallic bodied super speedster who claims to be the God of Speed.
When Team Flash hooked up Julian’s brain to the Philosopher’s stone, Savitar spoke through him and revealed that he had come back from the future and gave the team an eerie prophecy. My guess is he could possibly be the future Barry Allen, who has disappeared according to future newspaper article he has.

When speaking through Julian, Savitar revealed a prophecy:
“One shall betray you, one shall fall, and one shall suffer a fate far worse than death!”
The betrayal portion could be Julian or Caitlin, as both have been on the wrong side before as Doctor Alchemy and Killer Frost respectively. I have a feeling it could be H.R, the new Harrison Wells from Earth 19, who’s motives are still unclear. I kind of miss the brooding Wells from Earth 2, who has felt like the most authentic Wells so far.
Who will fall? Some speculation is that Joe or Iris will die. I think Joe should be ruled out since Barry has already lost both of his parents, and it would be just plain sadistic. Iris’s death somewhat plausible because of what Barry saw when he mistakenly runs into a future timeline. It would be really messed up though, she’s a main character, and without her I don’t know how it could work.

Will the future timeline Barry saw follow through?  Will Iris die?

When trying to get rid of the Philosopher’s Stone, Jay Garrick, who Barry pulled out of Earth 3 to help him, suggests leaving the stone in the Speedforce. Barry runs into the Speedforce but accidentally ends up in the future where he sees Iris dying at the hands of Savitar. His future self is there and unable to save her. When he comes back shaken and afraid of what he saw, Jay tells him that it’s one of the many possible future’s he has, so anything can happen. Let’s hope Iris doesn’t die!

Can we really trust Julian?

We find out that Julian aka Doctor Alchemy was mind controlled by Savitar and the stone. Julian only went looking for the stone when an apparition of his dead sister (which we know was a trick of the stone) told him to find it. At Christmas time he softens up and joins Team Flash for a holiday celebration at the West home. His back story makes you want to go “aww” and feel bad for him, but we don’t know if we can trust him yet. For now the stone is in the Speedforce, yet we know it’s possible for the Savitar to come back due to the future timeline Barry saw.

The question is will Julian return to being Alchemy? If he is mind controlled again, it is possible. One of my favorite lines from the season is when Julian is describing the stone, and then refers to it as the Philosopher’s stone for the first time. All of us Harry Potter fans got a little bit of a treat.

The significance of Cecile and her daughter? 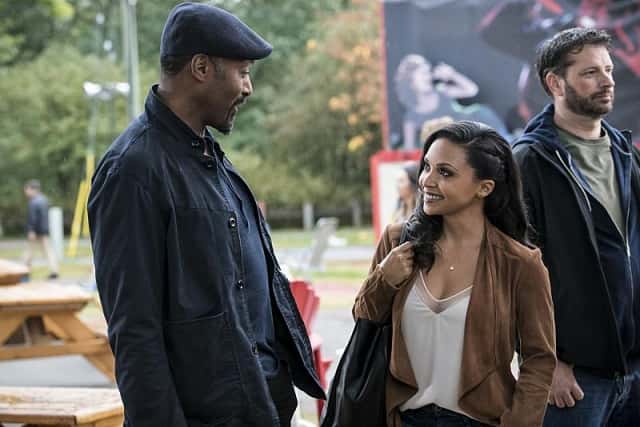 Joe is now dating D.A. Cecile Horton. She joins him at their Christmas celebration where she gets a call from her daughter and has to take the call upstairs. I’m assuming there is some significance to her daughter, or that part wouldn’t have been written in. Who is she? What’s her purpose? Does it have anything to do with the prophecy?

Best things to come away with after the midseason finale:

Barry and Cisco are friends again!!
I’m so glad to see Cisco and Barry patching things up. Cisco had been blaming Barry for being responsible for the death of his brother Dante, due to the creation of Flashpoint. The whole “I’m not your friend because you killed my brother” was getting tiresome because we knew it made no sense. Cisco is a smart guy, and when he acts illogical it doesn’t make sense. In the last episode, the Philosopher’s Stone tricks Cisco into seeing his brother Dante, who tells him to open the box and Cisco falls for it. Hopefully Cisco’s lapses of intelligence are over and his friendship with Barry stays strong. 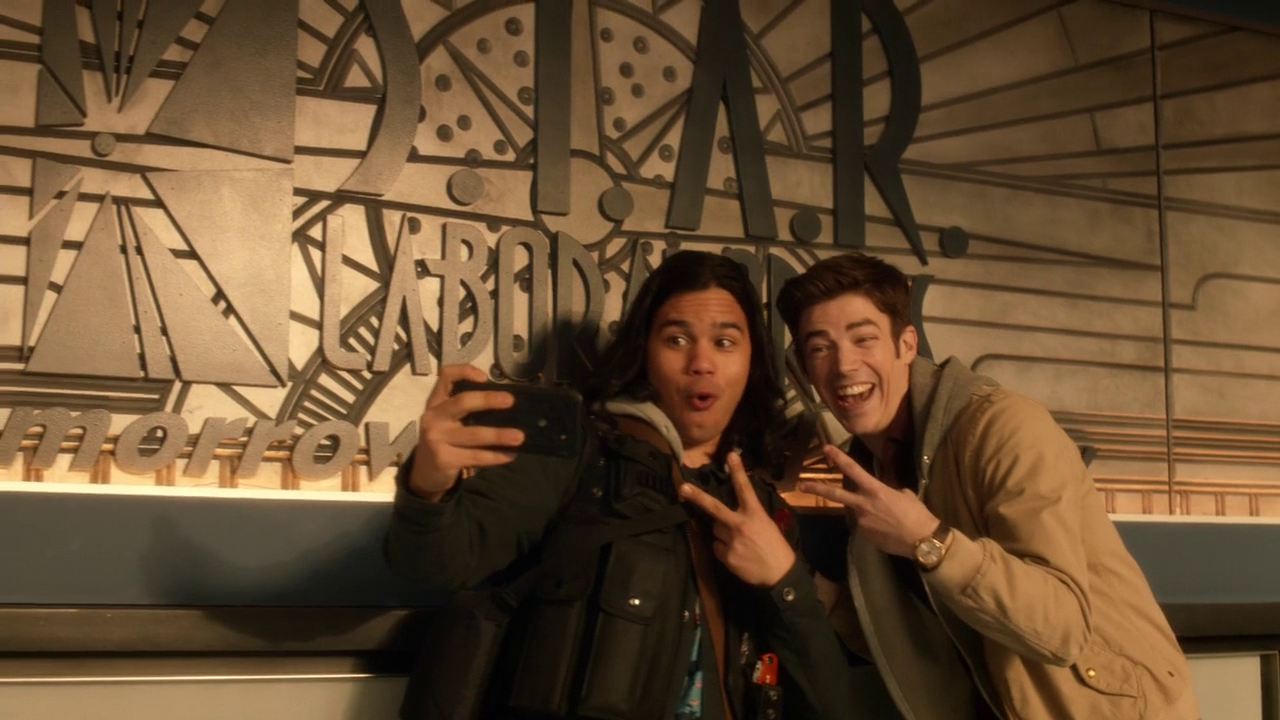 It is so awesome to see Wally become Kid Flash! Iris, Joe and Barry have been speed-blocking Wally all season, but finally for Christmas they gifted him the Kid Flash suit giving him the greenlight to pursue his superhero aspirations. I hope that he gets to help Barry bring down Savitar.

To our delight the buildup of the Barry/Iris romance came to fruition this season, and in the midseason finale Barry’s Christmas gift to Iris is a lease to beautiful apartment where they will be moving in together. Yay Baris!

In the crossover event Cisco gives Supergirl a portal generator which she can use to come over to their earth whenever needed. I hope this means we will see more Flash and Supergirl team because they have great chemistry and make a fun team to watch.

Tickets For AnimeNYC 2017 Are Now Available For Purchase!

Mishal Ali
Mishal is an 80's kid at heart who strives to be as quick as The Flash and believes that the truth is out there. She is a creative writer who has a passion for watching and analyzing geeky science fiction TV and movies.