In this post we’re going to discuss, Ready Player One, by Ernest Cline. 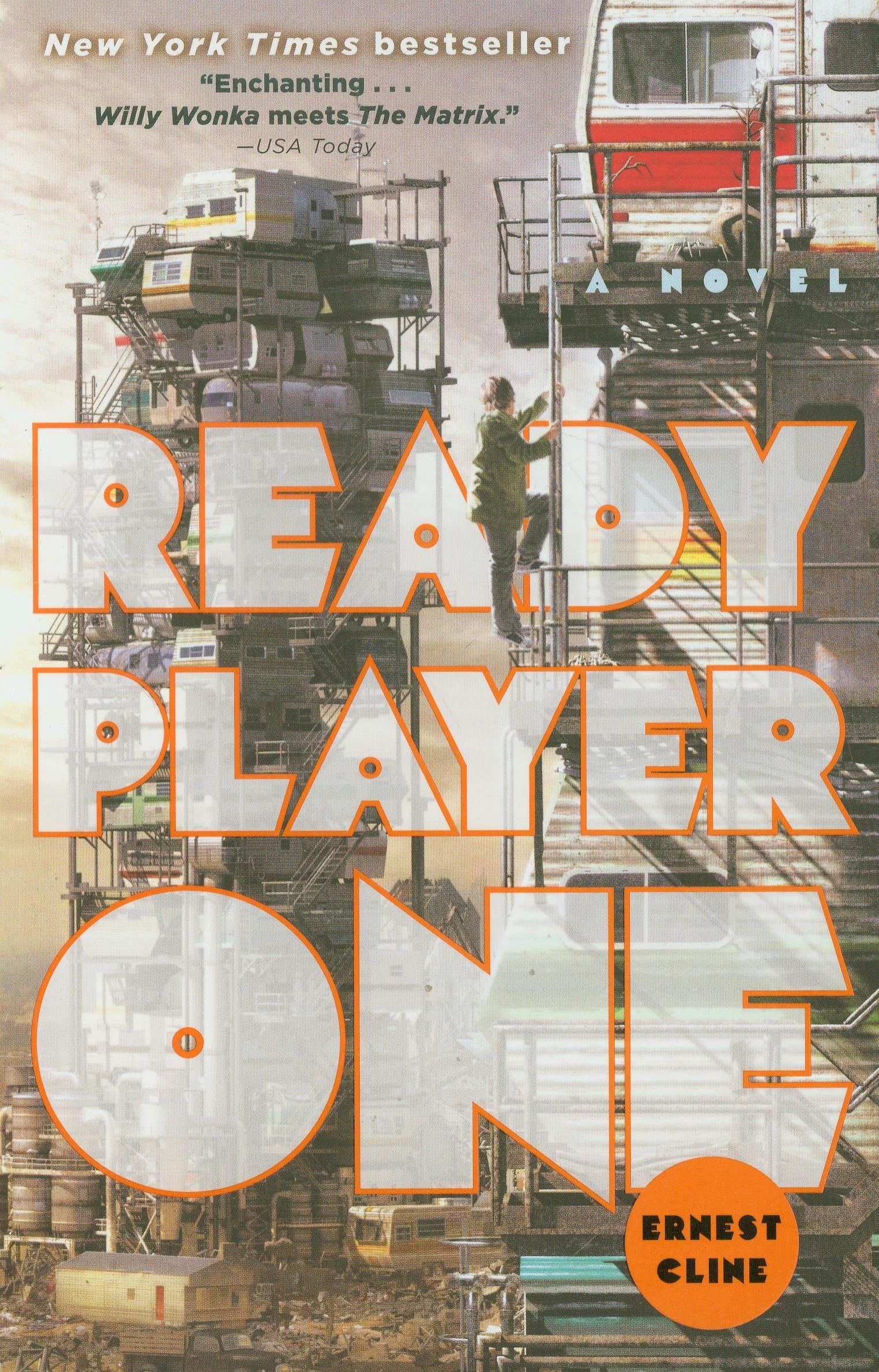 In the not-so-distant dystopian future that awaits us, the poor are REALLY poor, and the rich are absurdly, decadently rich. The slums are filled with towers of RV’s and mobile homes, piled up and often toppling down (much to the detriment of the inhabitants). The earth is a beleaguered place full of the failing dreams of what seems to be the dying civilization of man. Corporations run the show and have the power, and to defy them is to risk being thrown from a high balcony onto the streets below.

There is an escape from this reality, though. You see, decades prior, an incredibly immersive and extravagant virtual reality universe called “The Oasis” was created, and by logging in you can escape this reality and, like a good book, can take you anywhere.

Want to go to the Star Wars universe? Sure thing, it’s in there. Hop a ride on a space ship and fly on over, grab yourself a lightsaber and get to it. Star Trek more your speed? Narnia? How about Middle Earth? What about a dungeon from the mind of Gygax? Any and every fantasy universe ever created exists in The Oasis, you just have to get there.

Or maybe you’re not interested in the games – after all, an Avatar can get killed in those places, resulting in a character reset, back to a character level 1 with all equipment (like lightsabers and magic swords and Defiant Class space ships gone). So instead of playing for games you can go to school. Head to a planet dedicated soley to education, and get yourself one. Learn. Grow. Etc.

And here’s the kicker to this giant VR universe. The guy that made it, a crazy kook named James Halliday, hid three keys somewhere inside, and he who finds the keys and unlocks the three hidden gates inherits ownership of the game, and everything else Halliday owns.

With corporations trying to take over the game and monetize it, with their teams of experts all searching the game for the keys, we enter the world. Halliday is long dead, searchers for the keys abound, and our main character, a poor boy named Wade Watts, finds the first key…..and “fit hits the shan.”

It’s a book that you’ll burn through in a night or two, with quick chapters and great dialogue, and a great story of an underdog fighting The Man (in this case, the man is a power-hungry corporation bent on virtual World Domination). With romance, danger, adventure, betrayals and twists and more quirky pop-culture references from our present and Wade’s past than you can shake two sticks at, this is a book that will definitely end up in a prominent position on one of your shelves.

LORDS OF WATERDEEP Board Game Review

Founded in 2012, AgentsofGeek.com is your source for Geek Culture. We cover the latest in Art, Movies, TV, Video Games and More. We post News, Reviews, Interviews, Trailers and Contests.

427 Views By Agents of Geek

209 Views By Agents of Geek

427 Views By Agents of Geek