So the temperature last week decided to take a nearly 30 degree drop out of nowhere and smack us in the face with Fall as unexpectedly as Victor Ortiz was hit with a two-punch combination from Floyd Mayweather last Saturday.  Only difference many of us didn’t fall on our asses as we realized Summer was over.  Some even embraced the cooler weather as they were probably tired of having to peel themselves off of their car’s leather seats for the last three months.  Others were happy because September marked the beginning of another fresh run of television shows.  Yes, not all of them are of great quality but that is why there are so many, so you can make the choice for yourself.  Also, why DVR was invented.

I, myself, have not been into television for some time until shows like THE CHICAGO CODE and LIGHTS OUT were introduced at the beginning of this year. Unfortunately, networks have decided to axe those programs. So I was again, for lack of a better term, disgruntled. But I held my head high and relied on my T.V. sense, as well as some friends, to guide me through my ordeal. This Fall there are tons of brand new shows as well as the return of fan-favorites. I’ll give a brief rundown of a handful of them and chime in on what I’ll be attempting to check out myself. Those which I have so carefully handpicked to dedicate my very valuable time to will be marked with an “S“.

THE PLAYBOY CLUB:
Premiered Sept. 19 on NBC, 10pm.
Stars Amber Heard, Jenna Dewan, David Krumholtz, Naturi Naughton and Eddie Cibrian.Hot women, gangsters and government officials. What more do you need right? The show is based upon the very first Playboy Club takes place in 1963 Chicago. I haven’t quite made up my mind about this one but two of my more “ogle-friendly” actresses, Heard and Naughton may be reasons enough.

TERRA NOVA:
Premieres Sept. 26 on Fox, 8pm.
Stars Jason O’Mara and Stephen Lang.This dinosaur and special effects-driven series focuses on an ordinary family from the year 2149 that travel back in time to prehistoric earth to make an attempt to save the entire human race from the aftermath of an environmental catastrophe.TWO AND A HALF MEN:
Premiered Sept. 19 on CBS, 9pm.
Stars Ashton Kutcher, Jon Cryer, Angus T. Jones.

Stars Kat Dennings and Beth Behr.The show is produced by Whitney Cummings, who has her own show on NBC also premiering this Fall. It revolves around two women, who obviously pretty poor, and work together as waitresses who eventually would like to open their own cupcake shop.

Although it apparently presented one of the better reviewed pilots of the Fall season, I’m not getting a warm and fuzzy about it. Maybe I should say, I’m getting too much warm and fuzzies about it. It seems a bit too much girlie for me. “But Sean, its titled ‘New Girl’ for goodness sake, of course it’s going to be girlie.” I know and you have a point but even though I like Deschanel, I’m just not feeling the ‘new’ or ‘girl’ in it. Sorry.

Oh how I have loved Sarah Michelle Gellar ever since the wonderful days of Buffy the Vampire Slayer. I watched that show religiously. Now that she’s officially back on network television, I will most definitely give this show a go. Gellar plays a troubled woman on the run from the mob. She hides out by taking on the identity of her rich twin sister, who she also plays. Things get hairy when she learns some pretty dark secrets about her dear ol’ sis.

Simon Cowell, Paula Abdul, L.A. Reid and Cheryl Cole.
American Idol before it was American Idol.UP ALL NIGHT:
Premiered Sept. 14 on NBC, 8pm.
Stars Christina Applegate, Will Arnett and Maya Rudolph
Not a stranger to comedy, Christina Applegate plays a working mom who has a newborn baby along with her stay-at home husband, played by Will Arnett. Maya Rudolph also stars in this comedy which is also produced by Applegate and Nick Carey, I mean Cannon.LAW AND ORDER: SVU
Premiered Sept. 21 on NBC, 10pm.Stars Mariska Hargitay Danny Pino, Kelli Giddish, Linus Roache and Ice-T.

13 seasons and still going, the show will be without Chris Meloni and B.D. Wong this go ‘round. New cast members seem to mark a turning of the tide. Hargitay may see less on-screen time but she will be in every episode. I’m going to miss seeing Stabler seriously rough up some bad guys.

No more Steve Carrell and no one knows who’s replacing him just yet. James Spader will see a recurring role at Dunder Mifflin for a little while however. Jenna Fischer is pregnant and she will be with child on the show as well. A slew of guest appearances are lined up so make sure to prepare yourself more hard-to-breathe-because-you’re-laughing-so-hard comedy.

DEXTER – S
Premieres October 2nd on Showtime, 9pm.Stars Michael C. Hall, Jennifer Carpenter, Lauren Velez, David Zayas, Mos Def and James Remar
Season 6 will take place an entire year after the end of last season. Dexter faces an enemy different from any others he’s taken on before and this has an adverse effect on his life. This season seems like it will definitely be themed around religion and convictions. One of the new cast members, Mos Def, joins the gang. I’m sure my fellow Dexter followers are sharpening their knives getting ready for this one. Easily of the best shows on television in the past 7 years.

ITS ALWAYS SUNNY IN PHILADELPHIA:
Premiered Sept. 15 on FX, 10 pm.

Dee was knocked while Charlie and Dennis partied it up in A.C. and Mac fought against gay marriage last year. This season the crew gets into everything as they prepare for the apocalypse, visit the Jersey Shore and attend their high school reunion. 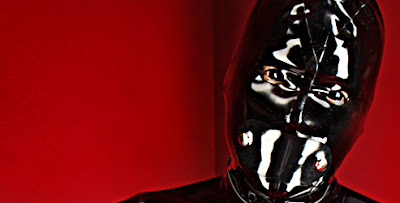 Family moves into a new home, weird stuff happens. You know me, horror junkie, that’s all I need for a plotline.

There you have it ladies and gentleman, just a tiny morsel on a handful of some of this years line-up that I think may have an impact when the weather really turns cold and going outside is no longer an option. Plenty of other newbie such as Hart of Dixie, Pan Am, Grimm, A Gifted Man, Charlie’s Angels, Person of Interest and Prime Suspect should hit the ground running pleasing their respected demographic. While seasoned vets like Castle, House, Desperate Housewives (final season), Parks and Recreation, Modern Family, Supernatural, The Vampire Dairies, Bones and others alike will hopefully continue to please.I know I didn’t choose many but I’m rather picky when it comes to television shows. There are so many of them and so little time in the day and space on my DVR hard drive to record them all. Not even Hulu and Netflix can help to make a drastic dent. But I’m sure I’ll stumble across some more and then I will surely share my opinions on those as well. I’m also plenty open to any of the shows or sitcoms that you may watch. We can be happy or pissed off about a trait in the show together. Its always more fun to complain about something when its in a group format.

What will you be watching this Fall? Anything on the list you can’t wait to see? Anything you think they wasted their time developing? Let us know how you feel, we are literally holding out breaths. I’m serious, my face is beginning to turn a pale blue.

Where Have You Seen Chief Hopper From STRANGER THINGS Before?

44 Views By Agents of Geek