Can Fassbender’s explicit Venice hit SHAME acquire a US release? 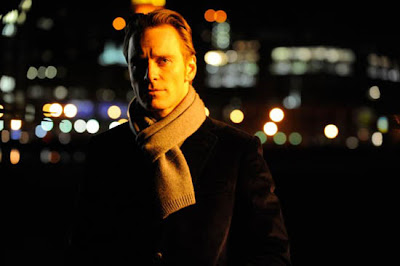 Around this time two year ago, I emerged from a showing of Steve McQueen’s film Hunger having had the breathe knocked from my lungs. A disturbing and emotional insight into one man’s protest during the ‘Troubles’ in Ireland, it still remains one of the boldest, bravest, most original debut efforts I have ever seen on the big screen.

Since it was announced that the British film-maker, along with the star of Hunger, Michael Fassbender, were planning to make a second feature together, I have been highly anticipating the release of the project.
The movie, titled Shame, finally got its premiere at the Venice Film Festival just days ago to glowing reviews that have already hailed it as a front-runner for the festival’s top award. Telling the story of a New York man suffering from a sex addiction, critics have called it “fearless”, “powerful” and “serious cinema” with “dynamite” performances from Michael Fassbender and Oscar nominated co-star Carey Mulligan.
Nonetheless, while the praise has been universal for McQueen’s sophomore effort, many have expressed fears that Shame may never receive the US release it deserves due to its frequent full-frontal nudity and graphic depictions of sex, content that guarantees the dreaded NC-17 rating.
Few films have received this rating, one that automatically condemns the movie to a limited theatrical release with less marketing and little chance for any awards recognition. The highest that any NC-17 movie has grosses in its entire 21 year history is $20mil, which was collected by Showgirls in 1995, with the majority of similarly rated releases struggling to break the $5mil mark.
It’s no surprise, therefore, that movie studios have attempted to avoid the NC-17 rating like the plague. The Weinstein Company last year made headlines when the Ryan Gosling and Michelle Williams starring romance drama, Blue Valentine, was shackled with the rating and Harvey Weinstein begged the MPAA to reconsider its stance.
So what does this mean for Shame? With the contract apparently stating that Steve McQueen has the final cut of the film, one has to ask the question of whether, as the movie approaches its first screening at the Toronto Film Festival this week, buyers are going to want to pull out their chequebooks and take the risk on purchasing the US distribution rights. After all, it’s looking unlikely Shame will be able to withstand a wide release with explicit content that may be near impossible to market.
Well, in fact, it appears that quite the opposite is occurring. On the back of its sensational buzz from Venice and with the star power of Fassbender and Mulligan anchoring the project, speculation suggests that a six figure bidding war is taking place between Sony Picture Classics, Fox Searchlight and the aforementioned Weinstein Company.
Should such a high-money deal go through for Steve McQueen’s movie, it might finally spell a long awaited turn in the tide. One that will see the NC-17 rating become less of a shackle within the Hollywood movie industry and instead be embraced and accepted just the same as the R rating. One that will prove the ability to successfully distribute a film regardless of the adult nature of its content.
What do you think, readers? Is Hollywood right to be afraid of the NC-17 rating or can a film be successful regardless of content? Should it be purchased for such a high sum, does Shame prove that adult content does not equate to box office failure? With violent films being so popular, is it about time this stigma changes? Or do you think the rumours are false and it will not get any release at all?

Oscar Watching: FOXCATCHER for the Win?

Oscar Watching: The End is Near

Can Fassbender’s explicit Venice hit SHAME acquire a US release?