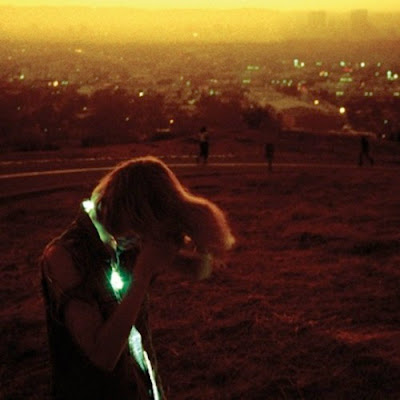 Once upon a time Wall Streets Gordon Gecko suggested that greed is good, well not to burst Gordys bubble but sometimes it isn’t. Era Extrana the sophomore album from Neon Indian aka Alan Palomo is a perfect example of this. Littered with great sounds, catchy, breezy vocals and melodies that melt with ease, what prevents this record from truly fulfilling its potential is Palomo’s constant over indulgence.

Just about every track on this LP has a good solid centre to it, and a little bit of digital decadence sprinkled over the top would have potentially put this in the “I love it” category. I mean there really is a lot to like about Era Extrana from his its easy on the ear vocals, sci fi sounding 80’s synth sounds, rubbery bass lines and its explosive arcade cabinet sounds. But  Palomo insists on adding more and more and more, whether it be over layering sounds so the bits you love get drowned in sound, over distorting things or in the case of “The Blindside Kiss” overdosing on reverb. Its this lack of subtly which corrodes the record somewhat and in doing so limits the albums potential and overall quality.

But it is good to see Palomo develop his sound and his repertoire further, much like contemporaries such as Toro Y Moi under the Neon Indian moniker he has begun to break out from under the chillwave label. Mixing elements of 80’s pop, glitch and distorted ambience results in some great tracks on here, the albums namesake being one of the more distinct numbers. As a transitional record Era Extrana has got its fundamentals sorted and shows flexibility for future endeavours but to truly capitalize on that, Palomo needs to tighten up the loose ends that have unraveled on here. I wanted to like this more than I did because like I said earlier there really is a lot to like, its heart is definetly in the right place its just thats its execution is too rough and miscalculated to have the best effect.

Gold Motel Scores an Opening Slot for They Might Be Giants

The Speaker Box Below - Episode 20