Update for SONS OF ANARCHY app 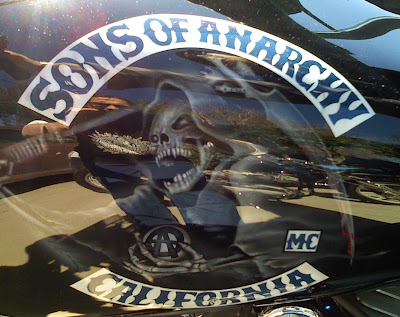 Last year, the hit series SONS OF ANARCHY released its very own app on the App Store. Now there’s an update for it which includes three additional scenes which is exclusive o the app. This sounds like a must-have for those who are huge fans of the show. Good news for Android users, you guys also get your very own version September 2. The show premieres on the 6th so the wait is nearly over. Read the press release for more details:

Los Angeles, CA, August 1, 2011 – After successfully launching its very own mobile app on the App Store lastyear, FX’s hit series Sons of Anarchy has released the updated version, available for .99 cents. For those whobought the app last year, the update will be free. New this year, the app will also be available to Android userson September 2.

Included in the updated version will be three additional scenes, shot exclusively for the app. These threescenes will provide a glimpse of life both in the Stockton prison where many SAMCRO members have beenincarcerated for the past 14 months and of life back home in Charming. Using genre-bending ways of telling thestory, the app illustrates some of what has come to pass in the time lapse, leading up to the season four launchon FX, Tuesday, September 6.

SOA creator Kurt Sutter said this regarding the updated app: “Welcome to Sons of Anarchy season 4. Our appthis season will provide an insider’s look at key moments the club and family experienced while the MC was inprison. Additional content scenes, storyboards, deleted scenes and more. I think you’ll dig it. Thanks for all thelove and support. You complete me.”

The SOA app is updated every Monday and Wednesday with new storyboard appisodes and deleted sceneswith never-before seen script pages. The first additional content scene will roll out this week. To access the appon iTunes the URL is: https://itunes.apple.com/us/app/sons-of-anarchy/id393648165?mt=8

A look at brand new episode of RESCUE ME

44 Views By Agents of Geek

Update for SONS OF ANARCHY app