Snooki among others joins "DANCING" team 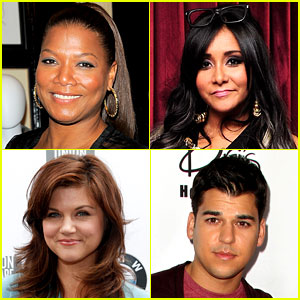 According to TMZ, the next season of DANCING WITH THE STARS will feature another pretty diverse cast of talent. Queen Latifah, shorehead Nicole “Snooki” Polizzi and Tiffiani Thiessen will all be kicking up their heels this fall. Rob Kardashian will also participate proving that he is also a celebrity behind all of the press that is commanded by his three sisters. DANCING WITH THE STARS will kick-off the new season next month on ABC.

Snooki among others joins "DANCING" team