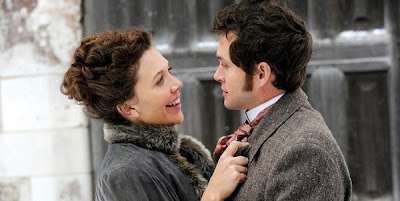 Here’s a film that is filled with, um, pleasure for lack of a better term. Female pleasure to be more specific. HYSTERIA is a period sex comedy set during Victoria England which focuses on the birth of the vibrator. I’m sure many lovely ladies will be interested in discovering how this apparently magnificent piece of machinery came about. It stars Maggie Gyllenhaal, Hugh Dancy, Jonathan Pryce, Rupert Everett, Ashley Jensen, Sheridan Smith, Gemma Jones, Felicity Jones and Anna Chancellor and is based on a true story. Of course it is, the idea for giving women pleasure when a gentleman is not around had to come from some where, didn’t it? Check out the trailer below.

HYSTERIA is set to premiere at the Toronto Film Festival.