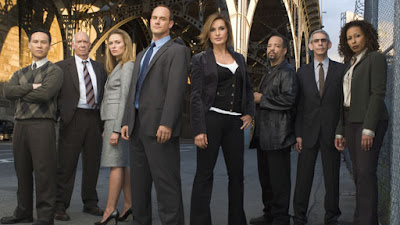 NBA stars Carmelo Anthony and Chris Bosh took some time out of their off season endeavors to play themselves in an episode of the upcoming thirteenth season of LAW AND ORDER: SVU.  Dan Lauria of the WONDER YEARS will also guest star in the episode as a possible sexual predator.  The episode is entitled “Personal Fouls” (fittingly having to do with basketball) and will air on Sept. 28th.  Mehcad Brooks of HBO’s TRUE BLOOD will also be in the episode as a basketball superstar who was once a prodigy of a youth basketball coach who is played by Lauria.

Yet another guest star in the form of rapper/actor Heavy D will play his cousin and business manager.Anthony and Bosh will be seen multiple scenes including the opening scene and climax of the episode. This will be the second episode in the new season of “SVU,” which begins Sept. 21.

The Speaker Box Below - Episode 17

48 Views By Agents of Geek