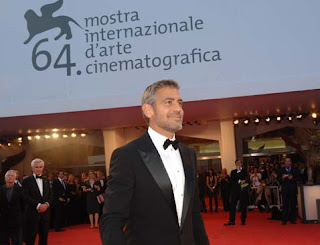 The Wrestler, Black Swan, Somewhere, The Assassination Of Jesse James; all these films premiered at the Venice Film Festival. Annually boasting some of the industry’s finest premieres, their line-up always includes a handful of truly special features. A rumoured list of films ‘In Competition’ for 2011 has been unleashed by Variety before Thursday’s big announcement and it includes George Clooney’s The Ides Of March and Alfredson’s Tinker Tailor Solider Spy. You can see their list of what’s playing below!

Also playing in the ‘Horizons’ section of the festival are:

Variety also mention Steven Soderbergh having a film at the festival in their article, thought haven’t included it on the list, so we could also expect to see Contagion in competition too!

Which of these are you most excited about seeing?

SDCC: Ryan Gosling knows how to do one thing...DRIVE

Clip from brand new RESCUE ME

LFF: Day 3 – The Ides Of March, The Artist and Trishna