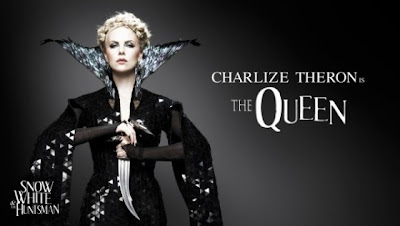 Saturday was a quiet day for me at Comic Con. The big stuff happened on Friday, and there wasn’t much to be done on Saturday. Here are the panels that I saw in Hall H.

Snow White and the Huntsmen: This was an interesting panel as there really wasn’t much to talk about. They hadn’t shot any footage yet, so they mostly talked about what was to come rather then what had already happened. They did show some pretty cool pictures of all of the main actors in their costumes. Overall, this movie will probably be remembered for being the first major motion picture for Kristen Stewart post this twlight crap lol. And Charlize Theron looks like a pretty badass queen.

Read more about the panels and see a great video from Hall H after the break.

Dorothy of Oz: This movie is an animated feature that has a star studded cast behind it. Amongst those that were at the panel were director Dan St. Pierre, Megan Hilty, and Patrick Stewart, who got one of the biggest ovation that I can ever remember at Comic Con. Those that weren’t there included Glee’s Lea Michele, Dan Aykroyd, Jim Belushi, and Martin Short. Looks like a fun movie, and the panel was pretty cool, including this gem, where the whole crowd serenaded Patrick Stewart.
Kevin Smith: The panel that everyone was waiting for was An Early Evening with Kevin Smith. This is a regular panel at Comic Con where Kevin Smith takes the stage and essentially just talks about what ever he wants to for a couple of hours. The main themes of this panel were RED STATE, his latest movie that is more action than comedy, his podcasts, which take up lots of his time in his current life, and his retirement from film. Smith said that after HIT SOMEBODY next year, he will retire from film and focus mostly on his podcasts.
As always, there were some great moments, including Smith making the sign language lady show what “cock sucker” looks like it sign language, Smith finding ways to ramble on for minutes at a time like he always does, and him explaining his impact in his daughters life. As always, a classic panel, though one that was slightly overshadowed by his impending retirement from film.

Episode 22: The show must go on! Dream double acts, ZOOKEEPER and a fond farewell to AMY WINEHOUSE

ONCE UPON A TIME’s Weekly Battle with Legal Dragons