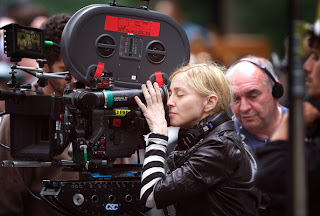 The Weinstein Company have acquired the rights to distribute the Madonna directed romantic drama W.E.

The film, which is also co-written by Madonna along with Alek Keshishian, tells the fictional story of a lonely New Yorker Wally Winthrop in 1998 juxtaposed with the true story of Wallis Simpson, an American divorcee who became married to Kind Edward VIII.

Winthrop is obsessed with what she perceives as the ultimate love story: King Edward’s VIII’s abdication of the British throne for the woman he loved. But Wally’s research, including several visits to the Sotheby’s auction of the Windsor Estate, reveals that the couple’s life together was not as perfect as she thought.

W.E. weaves back and forth in time intertwining Wally’s journey of discovery in New York with the story of Wallis and Edward, from the glamorous early days of their romance to the slow unraveling of their lives in the decades that followed.

Their story was briefly explored in The King’s Speech.

It stars Abbie Cornish as Winthrop, Andrea Riseborough as Wallis Simpson, James D’Arcy as Edward and also has Oscar Isaac in supporting role.

This is Madonna’s first film as a director.

Music Monday: Pumped Up Kicks by Foster The People

Where Have You Seen Chief Hopper From STRANGER THINGS Before?

THE DISAPPEARANCE OF ELEANOR RIGBY: THEM Movie Review

GRACE OF MONACO Trailer – Nicole Kidman Looks Gorgeous, But That’s About It