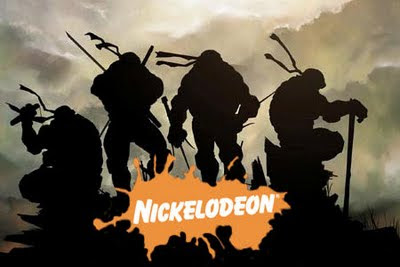 After a pretty decent run on the Fox Kids Network, TMNT will find itself getting rebooted, again. Nickelodeon has a CGI animated version of the fearsome foursome in the works scheduled to his television screens next year. The latest addition to the voice cast is none other than Samwise Gamgee.

Sean Astin will voice Raphael. THE LORD OF THE RINGS’ star joins a cast that already consists of Jason Biggs as Leonardo, Greg Cipes as Michelangelo and Rob Paulsen as Donatello. This is Paulsen’s second go around with the turtles as he actually voice the original Raphael in the first series from 1987-1996.

Unfortunately, us loyal turtle fans will have to wait all the way until next fall to catch it. San Diego Comic-Con this July will play the first looks at the new series.

“I’m excited to be joining the ranks of the newest Teenage Mutant Ninja Turtles team,” said Astin. “This franchise and these characters are beloved around the world, and I’m proud to be the next Raphael. I plan to bring the kind of passion and dedication to the role that TMNT fans have the right to expect.”

“We’re thrilled to have such a talented group of actors to voice the ‘Teenage Mutant Ninja Turtles’ in this new series,” said Brown Johnson, President, Animation, Nickelodeon Kids and Family Group. “This cast will bring great humor and intensity to our new action comedy take on the band of turtle brothers.”

Said to include even more ninjitsu than before, it sounds like its shaping up to be pretty promising. I grew up watching the turtles in the late 80s. I was all over anything that had to do with them, from the half hour television show to the first “ridiculously difficult to beat” NES game to the major motion pictures. I’ve even checked some of the original grpahic novels first created by Kevin Eastman and Peter Laird.

I enjoyed the latest version on Fox very much and hope that Nickelodeon, who purchased the rights to the franchise, will continue to carry on the Ninja Turtle legacy with pride and of course a lot of fun. What’s your opinion on the newest versions of the boys in green? Let us know.

Four promos for FX's RESCUE ME