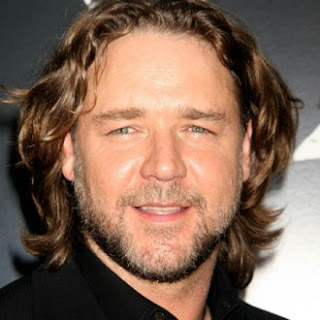 Director Zack Snyder has found his man to play the patriarch of the one and only last son of Krypton. Jor-El, father of Superman, might be played by Russell Crowe. The veteran actor is in talks to take over the role that was made famous by Marlon Brando in the original epic SUPERMAN THE MOVIE.

Warner Bros. of course had no comment on the apparent casting of Crowe to appear in THE MAN OF STEEL. He joins a pretty super cast that includes, Henry Cavill as Superman, as well as Amy Adams, Kevin Costner, Diane Lane and Michael Shannon. The script was written by David Goyer, who also developed the story with Chris Nolan. The Superman film is being produced by Charles Roven along with Emma Thomas, Nolan and Deborah Snyder.

Actress Connie Nielsen is reported to play Kal-El’s mother. Nielsen starred opposite Crowe in GLADIATOR, who is currently filming THE MAN WITH THE IRON FISTS for Universal. Filming is slated to begin next month for THE MAN OF STEEL, and casting of smaller roles will conclude with Jor-El.

How do you feel about Mr. Crowe playing Superman’s dad?  Let us know!

First look at Henry Cavill as MAN OF STEEL

Laurence Fishburne to play Perry White in MAN OF STEEL