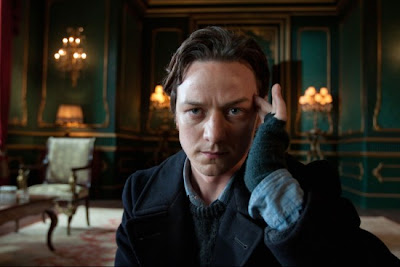 We know how we all feel about the previous X-MEN films. And, well, that feeling is not too good. Personally, I felt part 1 was decent but weak at the same time. I honestly really enjoyed the first sequel. The action, introduction of new characters and overall plot was great. Then we were introduced to the third installment and we wanted to cry. Cry due to mourning over a franchise which seemed to have such great promise. Then news dropped of several possible spin-offs depicting our favorite mutants and the telling of their origins. First up, arguably the most popular X-Man, Wolverine. Our tears from the last movie were followed by the laying of black flowers on the franchises’ grave after that project. It did wonderful at the Box Office, despite being leaked prior to its release, but the quality of the movie was pretty subpar. We removed our funeral clothing at the end of the day and prepared ourselves for no more X-MEN movies. Well at least we hoped.

Our hopes were first met with news of an origin story for Magneto. We gasped and prayed that they wouldn’t demolish his iconic standing as they did with Logan’s. We also heard of a possible project for Deadpool. Another gasp escaped our lungs and more prayers followed. Then there was quiet, a much welcomed quiet. Then that silence was interrupted by rumors of a completely separate project to display Charles Xavier’s School for Gifted Youngsters before they were actual heroes. Another gasp began and then halted when we realized that Bryan Singer, who directed the first two films, wasn’t directing this one. He did produce it but director Matthew Vaughn took over the official helming duties. Skepticism still arose but they I think it can be put to rest now.

I wasn’t really too hyped about this X-Men. As a matter of fact, I was thinking about not even going to see it. But I paid my $10.75 (yes, $10.75) and sat waiting to be entertained. The story is basically what everyone already knows. A young Erik Lensherr (Michael Fassbender) is introduced to bad-man Sebastian Shaw (Kevin Bacon) at the unfortunate expense of his mother. He goes through life holding a vengeful grudge against Shaw awaiting his opportunity to exact his revenge. In another part of the world, an aspiring professor named Charles Xavier (James McAvoy), along with his adopted sister, Raven/Mystique (Jennifer Lawrence), makes friends with a CIA agent, Moira McTaggert (Rose Byrne). They develop an alliance with the organization to recruit other mutants and help however they can against a common enemy in Shaw.

Shaw is planning to push the mutant race to the forefront by turning humans against each other. With them gone, he can lead the dominant race into the future with seemingly no opposition. Along the way, Xavier and Lensherr cross paths and become friends after Lensherr agrees to join their faction, of course with his own motives still in tow. Some of the mutants they recruit go by the likes of Alex Summers/Havok (Lucas Till), Dr. Henry McCoy/Beast (Nicholas Hoult), and Angel Salvadore (Zoe Kravitz) among some others. They are young, naïve and still learning to control their gifts. All of their training and practice helps to prepare them for a final showdown with Shaw and his own squad of mutants.

On to the technical aspects of the film. The special effects were top notch, as expected. The $140 million budget went to good use. The full array of mutant powers were displayed well enough to satisfy even the most intense Marvel fan. Especially those of Magneto, Xavier and Shaw. Having the characters do things that we haven’t quite seen yet in other X-Men movies made for a pretty effective film. The story, easy to follow and understandable, is tied into some parts of major world history. John F. Kennedy even makes an appearance as our beloved U.S. president.

The character depth, I think, was a big deal coming into this movie. We understood the sense of uneasiness that the other young X-Men (Rogue, Iceman, Pyro) went through during their trials but this time it was better. The story really dived into the whole awkwardness that they feel being different from “normal” people. Simply wanting to fit in, not knowing how to but also not wanting to lose that feeling of being special really leapt out of the screen. All of that combined with trying to hide themselves from humans while being out in the open. It reminded me of the periods in history that saw the Holocaust and Slavery take place. There was even a small tidbit in the film that I’m surprised no one quite caught during the film’s post production.

Shaw is addressing Xavier’s camp about what might happen to them (mutants) when humans find out about them. One of his points were the mutant race becoming enslaved, which then he turned to, as well as the camera, to one of the only African-American mutants in the movie, Darwin (Edi Gathegi). It could have been an argumentative point he was trying to make seeing as how the movie took place during the 1960s, a time when blacks still weren’t really seen as equals in the United States. Not a big deal but I picked up on it and wondered if anyone else did other than the couple of people who snickered down in the front row.

Overall, I quite enjoyed this movie. It was a great way to begin the story of the X-Men. There is much advocacy for the similarities for the differences in opinion between Xavier and Lensherr for equal mutant rights and Dr. Martin Luther King Jr. and Malcolm X for equal human rights. I agree that there are many of the same aspects there but it makes the ongoing feud between the two and their respected camps that much better. Slightly darker in tone and more meaningful than the previous installments, X-MEN: FIRST CLASS had me wondering if they were going to make any sequels. My question was soon answered when I discovered that a planned trilogy is in the works. As well as more origin stories and a continuation of the original trilogy. The X-Men aren’t done yet by far. I give X-MEN: FIRST CLASS “8 solidly told origin stories out of 10”.

“We have it in us to be the better men.”

X-MEN: FIRST CLASS 2, THOR 2 and RISE OF THE PLANET OF THE APES 2 release news plus more!

335 Views By Agents of Geek

150 Views By Agents of Geek