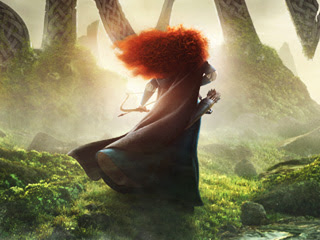 Disney and Pixar has teamed up yet again. Their next CG animated film is entitled BRAVE and will be airing its teaser-trailer with CARS 2 this weekend. Slated for a June 22 release next summer, the studio is taking the traditional fairy-tale route with this film. Mark Andrews, who co-directed the film, had this to say about the teaser:

“What we want to get across [with the teaser] is that this story has some darker elements. Not to frighten off our Pixar fans — we’ll still have all the comedy and the great characters. But we get a little bit more intense here.”

“Those stones are actually a pretty important set in the film. We can’t say what happens there, but they were inspired by an actual location in Scotland that we visited multiple times during our research. It was a very powerful setting for the kind of things we want to have happen in the story.” 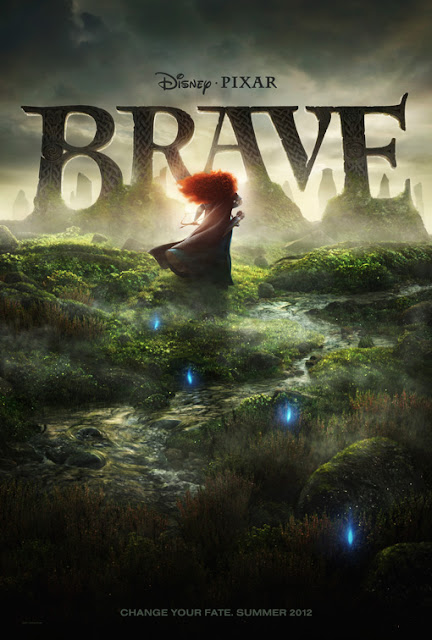 “Brave is set in the mystical Scottish Highlands, where Merida is the princess of a kingdom ruled by King Fergus (Connolly) and Queen Elinor (Thompson). An unruly daughter and an accomplished archer, Merida one day defies a sacred custom of the land and inadvertently brings turmoil to the kingdom. In an attempt to set things right, Merida seeks out an eccentric old Wise Woman (Walters) and is granted an ill-fated wish. Also figuring into Merida’s quest — and serving as comic relief — are the kingdom’s three lords: the enormous Lord MacGuffin (McKidd), the surly Lord Macintosh (Ferguson), and the disagreeable Lord Dingwall (Coltrane).”

What do think about the poster and what director Marc Andrews had to say about the dark tone of the film? Let us know! BRAVE opens June 22, 2012.