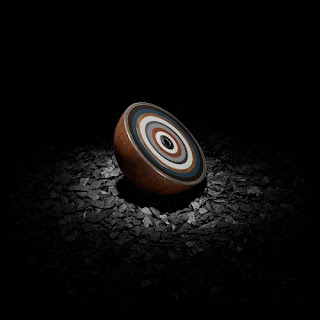 GOB is the debut album from UK rapper/graphic designer DELS, its diverse and experimental nature not only see’s the Ipswich born MC side step his contemporaries but also shows why he is one of the most promising artists in UK hip hop right now.

Rather than play into the archetypal UK hip hop sound or even work within the current trend of trance infused urban music GOB takes on a very different form. Big, bouncing beats fused with raw electronica, synth heavy bass lines and a manner of varied experimental sounds ranging from dark trip hop to 8 bit is what forms the musical backbone of the album. The way most tracks are composed and set out dont follow formula either, rather than stick with traditional verse, chorus set up’s DELS plays with breaks, middle eights and evolving transitions. His approach to music really is a breathe of fresh air in a genre which has a tendency to be over occupied and stunted by copycats. His experimental manner certainly does set him apart and see’s him bring something interesting and intriguing to the table. But in some areas his production is still a little rough around the edges and occasionally in the second half the consistency of the instrumentation strays a little. But as a whole DELS is channelling a lot of great ideas and executing the majority of them with great efficiency.

The other thing that makes the young MC’s debut stand out is his lyrical content. A variety of concepts and issues are covered including childhood imagination, drugs and the damaging effects of sexual assault. Not only does this add depth to DELS as an artist but it also adds depth to GOB as an album, not just in terms of lyrical content but also in terms of its instrumental make up. For example tracks like “Melting Patterns” and “Droogs” which deal with the latter two issues are considerably slower and have a darker, deeper more intense edge to them. But thats not to say GOB is overtly serious throughout, tracks like “Trumpalump” and “Shape Shift” are a whole lot of catchy fun yet still maintain the overall integrity of the album. As an individual DELS provides the majority of the albums positives but his choice of people to work with on the record really helps push it that bit further. Getting Roots Manuva, Michachu from Michachu and The Shapes and Hot Chip’s Joe Goddard involved definetly adds credence to the record and opens the door for a whole host of possible collabos in the future.

Multi functional and multi dimensional GOB is a really good start for a promising artist who brings something different to the table yet still has room to grow. A breathe of fresh air in a somewhat wilting genre DELS brings bravery, boldness and intelligence with a striking debut which shows us that being different is definetly not a bad thing at all.