Tunnel Blanket by This Will Destroy You – album review 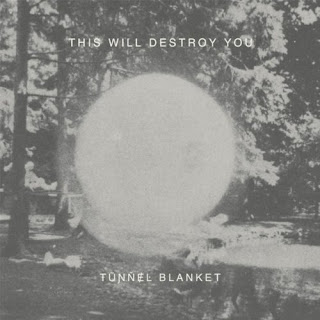 Despite being the bands second studio album Tunnel Blanket is my first foray into the musical world of This Will Destroy You. I’ve heard comparisons been made to fellow post rockers Mogwai and its easy to see why such lines have been drawn between the two. A lot of sounds and the overall tone on some the records eight songs are similar to Mogwai’s earlier stuff but that in no means is a bad thing. Sure Tunnel Blanket isn’t reinventing the wheel or venturing into the great unknown, but it does have really interesting ideas and at times there are some truly deep moments of instrumental beauty on this album.

One thing this album gets right is its overall balance, it manages to immerse itself in enough light, heavy, dark and sparse elements that it never feels too empty or too bogged down. This can often be a real problem with a lot of post rock musicians, you tend to find sometimes a lot of artists within this genre put all their weight on one end of the see saw leaving their overall sound unbalanced and overbearing. But with Tunnel Blanket the equilibrium seems to pretty finely tuned. Another issue I’ve had with certain post rock outfits in the past is that they’re playing with these sounds which have enormous potential to provoke serious emotion but never really dig into that aspect. On this record I found myself submerged in a sea of genuine emotion at times. The compressed piano riffs of “Reprise” and the percussion and ambient samples used on “Killed The Lord, Left For The New World” not only added an extra dimension to this album but dug beneath the surface and pulled out something that I felt really resonated with me.

The way a lot of this album was composed and produced really struck a chord with me, the way the layers stack on top of each other and the way a lot of the guitar based ambience manages to flow with ease and emotion really pleased me. The latter is something I’ve had a problem with in the past with previous bands of a similar nature, but again like I said earlier the balance on this record is great. It manages to be soft and tender, yet dark and powerful. Elegant and delicate, yet cinematic and brutish.
In short the cinematic and subtle duality of this album not only makes for great listening but for me its also a  fantastic taste of what This Will Destroy You are capable of.

Tunnel Blanket by This Will Destroy You – album review