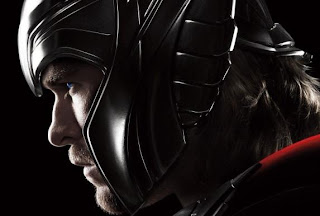 After a display of sheer and utter dominance during the last weekend in April, FAST 5’s reign at the top comes to an end. It suffered a minor drop in this week’s Box Office standings but by only one spot. The first place chair has become a throne fit for a king, or a god. Marvel’s THOR did what it was supposed to and claimed the top prize for itself. It earned itself a nice amount of walking around cash with $66,000,000.

The next new release along with THOR, JUMPING THE BROOM, made $13,700,000 which was good enough for third. Another new release, SOMETHING BORROWED, got $13,155,000 for its troubles and landed in fourth. We can’t forget about the ongoing fight that the family-oriented animated films have been putting up. Despite being out four weeks now, RIO, still manages to edge itself into the top five with $8,200,000.

Marvel Expands With a Little Help From Deadpool And Thor

First VACATION Trailer Stands on Its Own

10 Things You May Not Have Known About RESIDENT EVIL