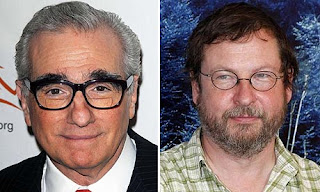 Silence is an adaptation of a novel by Shusaku Endo about two Jesuit priests who travel to Japan and face violence and hatred when they attempt to spread the word of Christianity. Scorsese has had this project in development for almost five years now with the likes of Daniel Day-Lewis, Benicio Del Toro and Gael Garcia Bernal attached to star. It’s unknown whether they will still be filling the roles, but seeing them in one film might just be too much for my feeble mind to comprehend!

So what about this other project? Well, Lars Von Trier, you know, that normal fella who came up with the idea for The Idiots, Breaking The Waves and Anti-Christ, some time ago challenged Martin Scorcese to remake his seminal hit Taxi Driver with five different changes instated by the Danish director. It’s not confirmed that Scorsese has accepted the challenge. Lord only knows what these changes, known as ‘obstructions’, will be but Von Trier once explained that “the idea behind this obstructions thing is that you give each other tasks which will move you into an area where you have been reluctant to go yourself. Under protest, you do that and then you enlarge your repertoire.”

Sound pretty interesting, right? What are your thoughts on this?
Source: Screen Daily

Music Review: THE ELECTED - Bury Me In My Rings