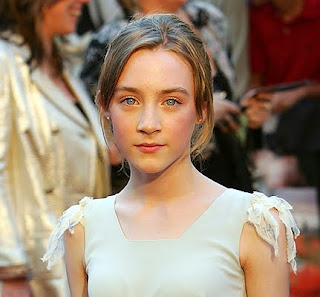 Good news for all you Twi-hards and those who thought Saoirse Ronan kicked ass as Hanna a few weeks ago: She has scored the leading role in the upcoming adaptation of Stephanie Meyer’s novel The Host.

The film, a sci-fi, is the story of how humans have become hosts for unseen invaders who have taken over people’s minds but left their bodies intact to continue living their lives apparently unchanged. Melanie is one of the few remaining ‘wild’ humans who is captured by Wanderer, an invading ‘soul’ who has been given Melanie’s body. But the former tenant of her body refuses to relinquish possession of her mind.

It doesn’t sound like the most interested screenplay and Sussane White has yet to prove herself as a director, but let’s face it, does that really matter? After all:

The Kids Are All Right director to direct Alexander And The Terrible, Horrible, No Good, Very Bad Day

Watch: How TWILIGHT BREAKING DAWN PART 2 Should Have Ended

Which movies are worth watching for college students in 2019?

Enter to Win an ALL IS BRIGHT Signed Poster & Blu-Ray Prize Pack!