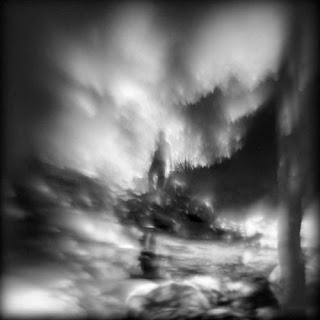 After being on a group hiatus for the last three years UK indie pop group Guillemots return with their third studio LP. With them being gone since 2008 I was excited to get into this new album and see what it had to offer however that excitement turned quickly into bitter disappointment.

One of the many things I liked about Guillemots debut album Through The Window Pane was how tightly pieced together song structures were and how clean it sounded in regards production. Walk The River is subsequently scarce in both of these categories, in fact I think its fair to say a big chunk of this album is just messy and unorganised. Tracks like “Ice Room” and “Vermillion” are perfect examples of where the base of the song structure just collapses and the result is a chaotic clashing of sound. Not to mention there a big slabs of shabby recording and mixing in places, Vermillion for example has a set of dual vocals which not only clash but give off a really harsh and bitter.

Another big problem is that there is neither a sense of fun or emotional pull on this album. The whimsical charm found in earlier work appears here and there but in tiny speckles dotted across the record. The drawn out subdued sound which worked so well on previous album tracks such as “Redwings” does rear its head on certain tracks within Walk The River. On tracks like “Inside” and “Sometimes I Remember Wrong” that downtempo feel really works to their advantage as it slows things down and allows the songs to breathe and flow with finesse and focus. Tracks like this also take advantage of Fyfe Dangerfield’s vocals, he has a really mellow sound to his voice but when its being overshadowed by anarchic instrumentation its effect is lost.

In short, although not a complete failure Walk The River is an album that misfires on so many levels. It does have a few saving graces but overall its far too clunky and clumsy to be enjoyable. It’s a shame to see the quality of their work dip so far but less truly can be more and if Guillemots had applied this train of thought when composing this record they might have ended up with something much better.

HOW I MET YOUR MOTHER: The Time Travelers Episode Recap