Take a look at Josh Brolin in MEN IN BLACK 3 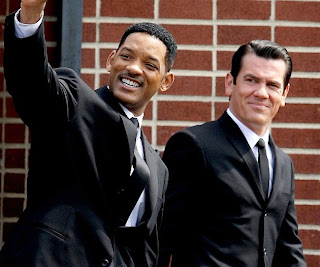 Here are your first two peaks at John Brolin, playing a younger version of Tommy Lee Jones’ character, Agent K, in the upcoming third instalment of Men In Black.

Men In Black 3 will arrive in cinemas in May 2012 and is being directed by Barry Sonnenfeld.
It sees Will Smith’s go back in time to stop the film’s villain, Boris, who has also travelled back in time to try and kill Agent K in order to set off a chain of events which will result in the end of the world. 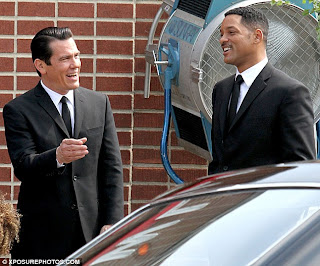 Does he look like a young Agent K? Let us hear what you think!
Source: The Daily Mail
Tags:Tommy Lee JonesWill Smith
Previous post

Is PIRATES OF THE CARIBBEAN set to play at Cannes? - Plus my predictions for Thursday's line up announcement!

SOUTHPAW Uses Every Cliche in the Book – Movie Review

Take a look at Josh Brolin in MEN IN BLACK 3