The Speaker Box Below -Episode 2 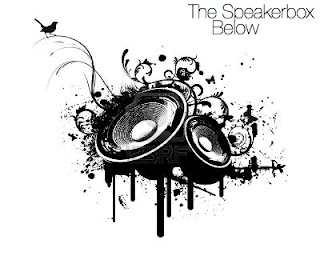 Never shy to try new things Napiers News expands its podcast experience with The Speaker Box Below a brand new music programme which brings you the best sounds out there right now in one neat little package.

Episode 2 – 31st March 2011
This episode see’s The Speaker Box take off its shoes and make itself at home over at www.napiernews.com. Music featured on this episode includes John Legend, Katy B and Death Cab For Cutie


Kickstart
Rolling In The Deep by John Legend

Albums Out Soon
Lemonade by Braids (from the album Native Speaker

)
Lights On by Katy B (from the album On A Mission

They're baaaack...in THE HANGOVER PART II

The Speaker Box Below – Episode 62

The Speaker Box Below – Episode 61

The Speaker Box Below – Episode 59

“Awkward Cinema with Patrick and Marc” – Episode 7 “The Croods: A New Age”

The Speaker Box Below -Episode 2