Is 30 ROCK about to shut its doors? 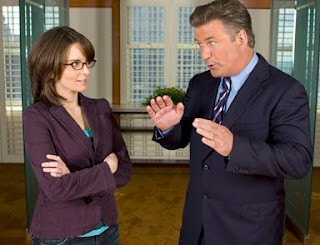 Alec Baldwin has hinted that next year’s season of 30 ROCK could be its very last.

The actor, who plays one of the shows main characters, Jack Donaghy, said:

“I will tell you one thing, and that is our show next year is our last year of the show.”

Alec Baldwin has repeatedly told interviewers that he’ll leave the program in 2012, but many of the cast and crew attached to the show have stated that they would like to continue without him.

“Our contracts are expired in 2012, and Tina is gonna have a big career directing films and writing. She’s going to be the next Elaine May. She’ll be great.”

Tina Fey and the rest of the 30 Rock team have yet to comment.

With The Office replacing Steve Carrell’s much loved role, should 30 Rock just find a replacement for Alec Baldwin? Would you like to see them end 30 Rock on a high next year? And what will Tina Fey go on to next? As always, lets hear your thoughts!

Is 30 ROCK about to shut its doors?