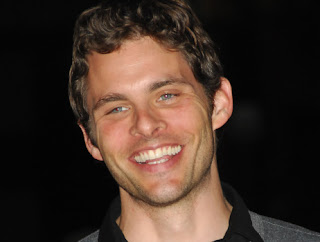 After Enchanted, 27 Dresses and this weekend’s big animated release, Hop, James Marsden is looking to take an entirely new direction and play Charles Manson in the film THE DEAD CIRCUS.

Based on the novel of the same name by John Kaye, the film will be penned by both Kaye himself and Adam Davenport. It follows a police detective who, mourning the loss of his wife, throws himself head first into the murder investigation of singer Bobby Fuller.
Fuller was the artist behind the classic song ‘I Fought The Law’ and who tragically never got to witness his own success after being found dead just a week after the single was released.
Though originally ruled as suicide, it later became known that Fuller had been beaten and had suffered gasoline poured down his throat. In The Dead Circus, his death is linked to a series of snuff films shot by the Manson family in the 1960s which are buried in Death Valley, CA.
Oscar winner Melissa Leo is signed on to play a former Manson family member whose guilty conscience drives her to aide the detective and Michael C. Hall will play Fuller’s manager.
Is this good casting or is there someone you’d rather see as Charles Manson? What do you think of the synopsis?
Source: The Film Stage

PG-13 rated THE KING'S SPEECH gets a family friendly poster. But is the whole idea an f'in disaster?