Cornershop And The Double O’ Groove by Cornershop – album review 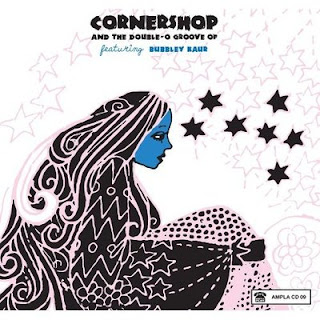 In musical terms the name Cornershop sets up two separate camps, one belongs to those who know the group as the one hit wonders behind 1997’s Brimful Of Asha. The other consists of people who know that the outfit have been making music ever since then. If you fall into the former then dont worry you’re not alone, a reason why the group have never really built upon the success of that single could be that although they have been active, full releases have been few and far between.

The Double O’ Groove is the bands third release in nearly ten years taking them to a total of seven within an eighteen year career. Although they seem to have been more productive in the last couple of years as a group they’ve not really put themselves out their enough to get mass recognition, which is a shame because they have produced some pretty good tunes over the years. Which finally brings me round to this record, one thing it lacks is tunes. One of this records biggest problems is the lack of diversity, there’s some good ideas on show but it feels like a lot of the albums key principles are washed, rinsed and repeated to the point all colour begins to fade. There are some cool, laid back grooves filled with a sense of fun and elements of pop sprinkled on top at the beginning of this record but after a couple of tracks the atmosphere becomes diluted and the production begins to break down. In fact after about the halfway point it feels like the group have become disinterested this is idea is most prominently seen on the track “Supercomputed” which sounds like the Singh brothers are just bashing out a half arsed rhythm on a kids Casio keyboard and calling it a day.

Overall there are good moments here but there not enough to save the record from folding in on itself which is a shame because there are elements which do shine brightly, they’re just not complimented very well and not built upon enough to make the album stronger. If the group want to find more recognition for their work then they’re really going to have to pull something stronger out the bag next time. However if they are deliberately aiming to stay continuously incognito then the’re heading in the right direction.

9 Things You Didn’t Know About EDGE OF TOMORROW

Cornershop And The Double O’ Groove by Cornershop – album review