Cage and Travolta to face off again in two new projects 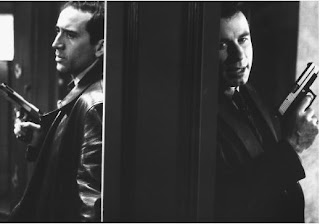 Nicholas Cage and John Travolta are to re-team for the first time since 1997’s Face/Off in the films SEA TRIAL and SHRAPNEL.

The former comes from City Island’s writer and director Raymond De Felitta and will be based on the novel that his father, Frank De Felitta, about a couple’s pleasant two week cruise trip that takes a turn for the worst.
The latter is Evan Daugherty’s next screenplay following Snow White And The Huntsmen and is one of the projects that was listed on 2008’s Black List of the best unproduced scripts in Hollywood.
This one tells the story of a former Bosnian soldier who seeks revenge on an American who severely injured him.
So what do you think about these two projects for Cage and Travolta?
Source: Vulture
Previous post

THE THREE MUSKETEERS gets a teaser trailer

Oathbreaker joins Deathwish and will be releasing Mælstrøm soon

Cage and Travolta to face off again in two new projects