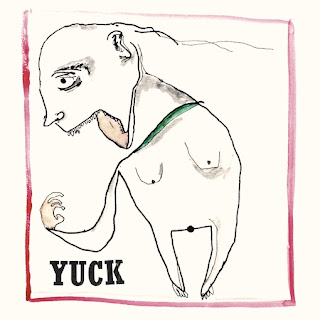 Yuck is an Indie Rock group from London which consists of Daniel Blumberg and Max Bloom who are former members of the young breakthrough group Cajun Dance Party. Although CDP’s future is unknown Blumberg and Bloom’s career have found a new lease of life.


Those familiar with Cajun Dance Party will instantly notice the leap in musical direction Yuck have taken, moving away from the Indie Pop scene they have developed themselves into a more Alt, Garage Rock sound. There are noticeable influences with which this record draws parallel to, bands like Sonic Youth and Dinosaur Jr have had a clear influence on the group this is noticeable in the use of distorted guitars and fuzzy low fi feedback which dominates the overall sound of the album. This is countered with a healthy dose of melodic vocals throughout courtesy of Blumberg, this alongside a couple of acoustic driven tracks help diversify the overall sound and dynamics of the first half of the record. However the second half blurs tracks together and becomes pretty messy and slap dash in terms of structure. Although this section of the record isnt bad it dosent feel any different to what we’ve heard prior and seems to make no effort to change things up.


However they do  make a solid attempt to rectifie this somewhat with the last two tracks on the album Rose Gives A Lilly and Rubber. The former being an incredibly warm interwoven texture of guitar tones which digs deeper than any other track on the album and the latter being a fiery wall of melodic fuzz. The album as a whole is good, its a good start for this new project but it could have been a lot better. It could have benefited greatly from tighter production more instrumentation and more focus on what they were striving to achieve, but as it stands its a pretty good listen and definetly worth a spin.

OF GODS AND MEN: MOVIE REVIEW

The Speaker Box Below – Episode 28