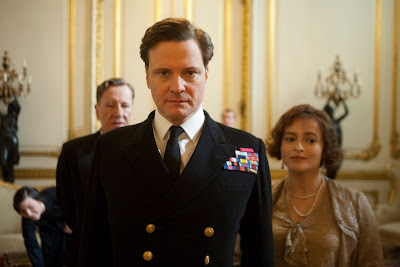 The Producers Guild Awards created and even closer Oscar race. In an upset The King’s Speech beat out The Social Network for Best Picture.

There has been a lot of speculation from different people about which film is poised to take home Oscar gold. Some say The Social Network s a lock, while others feel that The King’s Speech is a strong contender to win because it fits nicely with past Oscar favorites because it is an uplifting period film. The two films are completely different so it will be a very close race. I really loved both films and would be happy with either one taking home an Oscar. I am pretty sure that Colin Firth is a lock for a nomination and win for Best Actor for his spot on performance.
As was expected, Toy Story 3 took home Best Animated Feature. I would have loved to see How To Train Your Dragon win, but that race is not as close. Waiting for Superman took home the Best Documentary last night.
On Tuesday morning the Oscar nominees will be announced and the following list of nominees and winners give you a perfect forecast of what’s to come. Be sure to read our interview with Gareth Unwin, one of the producers of The King’s Speech HERE.
Check out the nominees and winners below and be sure to share your thoughts on who you would like to be nominated and win an Oscar this year.
Best Picture:
Best Animated Feature:
Best Documentary:

7 Films That Will Make You Cry (And Kill Bacteria)

British Period Pieces for Every Anglophile