The Mynabirds – What We Lost In The Fire We Gained In The Flood: Album Review 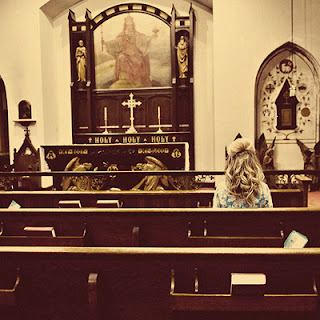 What We Lost is the first album from singer songwriter and former Georgie James member Laura Burehnn’s project The Mynabirds.

There is so much to love about this album its just so full of life, taking on board a wide range of influences from Carol King, James Brown and Neil Young to name but a few its an album that merges Rock, Motown Era Soul, Gospel and Folk its an album thats vigorous and full of flavour. Tracks like Numbers Dont Lie and Let The Record Go are fun, well orchestrated songs which take on a life of their own where songs like Give It Time and Right Place are more grounded introspective pieces, the latter is fuelled by the most amazing dream like piano riffs which conjures up parallels to contemporary artists like Gemma Hayes and Rachel Yamagata. This adds yet another string to The Mynabirds bow, adding peppered spots of modern songwriting to this retro sounding record gives it a bit more zest but also adds another level to it.

Its hard to pick a fault with this record to be honest my only gripe is perhaps the lack of vocal depth on some tracks some strong vocal harmonies would have really added to the sweet nature of the LP and pushed it that extra mile but as it is What We Lost In The Fire is certainly a standout achievement for Laura Burhenn and is surely just the start of an exciting future for her and The Mynabirds.

The Mynabirds – What We Lost In The Fire We Gained In The Flood: Album Review