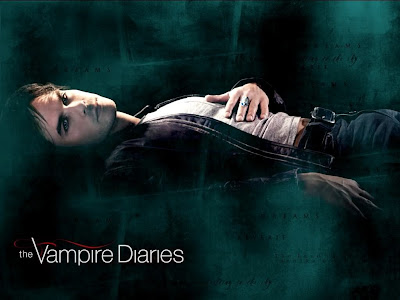 This season of TV flew by! When I started the season, I had too many shows to keep up with. Luckily (but really unforetunately) my viewing habits thinned out due to waning quality and cancellations. Let’s see how my 2010 Fall TV schedule shaked out in the end.

Mondays
Dancing With the Stars – While I wasn’t a fan of the show going in, there were definitely some entertaining moments and I was rooting for Jennifer Grey early on. While I’m glad Bristol didn’t win, it certainly kept things interesting to have her around. I enjoyed the season, but I don’t think I’ll be tuning in again unless I’m assigned it for Reality Wanted next season. I’ll stick to So You Think You Can Dance and America’s Best Dance Crew for talented and fantastic dance.
Chuck – While this definitely hasn’t been the strongest season (veering too close to territory that Alias did much better), it’s still one of my favorite shows on air. Each episode does a great job of balancing the comedy, the spy work, and the new relationship between Chuck and Sarah. While every season has felt like it could be their last, this season it’s actually the anchor on their Monday night schedule. With NBC, you never know if it’ll order more episodes or just cancel it at the end. Here’s to hoping this show comes back for a 5th season!
How I Met Your Mother – I feel like this show needs to do what LOST did: pick an end date and plot out everything according to that timeline. I WANT TO MEET THE MOTHER ALREADY! There have been a few solid episodes (Blitzgiving, Subway Wars), which is more than I can say about last season. 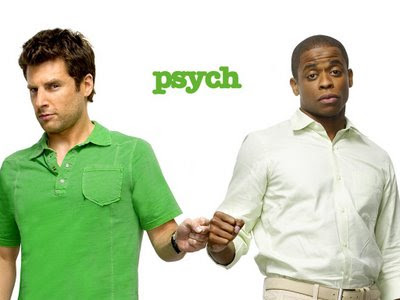 Tuesday
Glee – What can I say? This is the most erratic, inconsistent show and yet I can’t give it up. Once every episode or two there will be a scene, a moment, or a musical number that pulls me back in.


Wednesday
Modern Family – Last season, this show broke out to become my favorite show on TV. Consistently hilarious, rooted in character moments that have a heart at its core, this is a great family comedy. While this season has been solid, so far no single episodes have stuck out to me as much as last season (Fizbo, Run for your Wife).
Cougar Town – While Modern Family is in the shadow of it’s excellent freshman season, Cougar Town has been improving week in and week out to the point where some weeks I find this show to be funnier and sharper than its lead in. Maybe my favorite half hour of television this season was the Cougar Town episode, Fooled Again: I Don’t Like It, where Andy turns out to be Kaiser Sozy.
South Park – This show mainly stays on my list because my boyfriend is such a big fan, but I do find it funny and enjoy watching. This season’s best contribution was the Snooki monster in It’s a Jersey Thing. Truly a horrifying image.
Psych – While some grow tired of this show, I just loved this season the most. If you love this show, it rests solely on how much you enjoy Dule Hill and James Roday, and I can’t get enough of their schtick. This season also finally brought Jules and Sean together and had the great Dual Spires episode. As a Twin Peaks fan, it was a fantastic hour of television. And even if you never saw Twin Peaks (like my boyfriend KT), you still enjoyed it.


Thursday
The Vampire Diaries – If you follow my blog, which I’m assuming you do since you’re reading this, you already know how much I love this show. Never a dull moment, let alone a dull episode, this show keeps you guessing! The breakneck pace, the love triangles, and the growing mythology are all brought together to create this fantastic show that not enough people even give a chance. Just because it’s vampires doesn’t mean it’s Twilight.
Nikita – A pleasant surprise this season, this is quickly becoming a new favorite. Definitely my favorite of the new series this fall, Nikita takes a story that has been told time and time again and still makes it interesting. I love Maggie Q and can’t wait to see where it goes during the second half of its season.
The Big Bang Theory – While this season hasn’t been great, it’s still an entertaining half hour. With Amy becoming a regular character though, her quirky personality, and therefore the show,  could begin to grate really soon.
Bones – This season got off to a shaky start with the introduction of Hannah. I thought for sure that Booth and Brennan would finally, FINALLY, get together. But with a new roadblock, I was a little annoyed. However, I’ve grown to like Hannah as a character who’s worthy of Booth. Plus, the fall finale The Doctor in the Photo was one of the best episodes of the series. Here’s hoping this is the beginning of an upswing for the season! 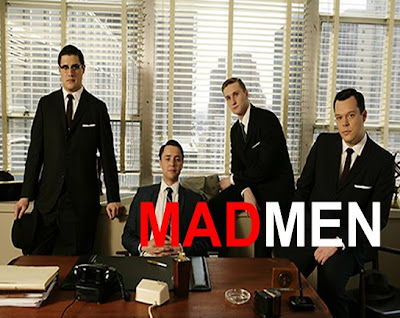 Sunday
Mad Men – This season was an exquisite look at the beautiful disaster that became of Don Draper after his split with Betty. He was trying to figure out who he was and who he wanted to be. For a show that some people say “nothing happens” so much happened this season between Don, Peggy, Sally, and Joan. Not to mention the business as they grew as a startup and then faced the challenge of losing their biggest client. I can’t wait to see where things are when we go back to the 60s next summer.
The Walking Dead – The biggest hit for AMC didn’t involve drugs or drinking, just people trying to survive. While this has been compared to LOST, I don’t see that as a bad thing at all. I want to care about characters! I want their struggle to become personal. If it didn’t, this show would be just like FlashForward or The Event, aka boring and a flop. It’ll be interesting to see what the show looks like when it returns Halloween 2011. We’ll have to see how the whole writers’ room situation shakes out.


Goners:
These are all the shows that I either stopped watching or that were cancelled this season. Either way, they didn’t make the cut and I won’t be tuning in again. Well, most likely. Never say never in the world of TV!
Running Wilde – Cancelled, but all around just not funny. Definitely didn’t live up to the expecations that were set for a show by Mitch Hurwitz and starring Will Arnett.
America’s Next Top Model – This season was just so boring compared to previous ones. I guess the girls were too nice? It also felt pretty obvious who was going to win from like the 3rd week, so where’s the fun in watching a competition show when there’s no real competition?
No Ordinary Family – I was so excited for this show, but it just couldn’t hold my interest. The first 3 episodes all felt the same and they didn’t find the right balance between the super powers and the responsibility that goes with that, and the family dynamic. I hear it hit a better stride in the latest 3 episodes, so maybe I’ll give it another shot.
Sh%t My Dad Says – Just not funny, despite my love for The Shat and my appreciation for the twitter feed it was based on.
Family Guy – Last season was so bad, I have just given up on this show.
Caprica – I loved it before it went on hiatus, but after it’s return they decided to focus more on the religious aspect. I preferred the AI and New Caprica angles, so my interest waned. Shortly after, it was cancelled. I’ll definitely be giving the other BSG off shoot a shot once that airs, though. I’m not done with this universe.
Undercovers – Who would have thought that a spy show by JJ Abrahms would be so boring? I loved the idea and really wanted it to succeed, but the characters were lacking and the missions just didn’t convey the urgency or excitement as they should. Something wasn’t clicking so I dropped it and it was cancelled.


Whew! That’s all my thoughts on the 2010 Fall season! I’m excited to see what goes down in the 2011 Spring season! What shows have you been watching? Let me know your Fall TV thoughts in the comments!

Second Trailer For THE LINCOLN LAWYER

What We Are Excited For At San Diego Comic Con 2016!