Tomorrow is the Emmy’s! And while I don’t think they get the winners right nearly as often as The Oscars and The Television Critics Association Awards, they do pack a lot of clout when it comes to public perception.

This could be the year that many Emmy favorites and repeat winners will be unseated. With so many new shows and actors in the running, it is almost anyone’s game! I’m hoping the Emmy’s will reward talent over big names like Tony Shaloub and Julianna Marguiles. They are all very talented, but it’s time to get some fresh blood in the mix! 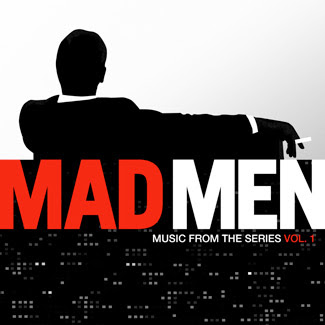 True Blood finally gets some award recognition! With Lost and True Blood in contention, my genre loving heart is content. I’m glad some fantasy/sci-fi shows are getting finally get recognized for their accomplishments instead of instantly being regulated to second class work. If only they would have recognized so many other shows that were just as qualified (Buffy, Battlestar Galactica, etc.)

While Mad Men has won for the previous two years, Dexter just wrapped it’s best season yet. With critical buzz and fan appeal, this could be their year. Also, with the John Lithgow a strong contender to win, Dexter buzz has been at a fever pitch this awards season. While I love True Blood, I just don’t think it will take the category. It really is just an honor that they’re nominated. LOST also has a strong chance since it has yet to win the big award, despite the mass appeal and it’s lasting effects on scripted broadcast television. With this nomination for its last year, it could win as a statement to it strong work for the past six seasons, similar to Lord of the Rings’ Best Picture win at the Oscars in 2004.

But in the end, I say that Mad Men is still going to take it home. While I would love for the Emmy’s to shake things up, this is one where I think the incumbent is still the champion. If Mad Men doesn’t take it home, Dexter would be the front runner.

This is a tough category to pick a clear winner. There are the award veterans of Julianna Margulies and Glenn Close, along with popular new nominees. However, with a strong performance on a series centered entirely around her character, Juliana Marguiles will take the statue home. I wish Connie Britton would win, but while Friday Night Lights is a critical darling, no one is watching.

Sad to say it, but you can pretty much count Hugh Laurie, Matthew Fox, and Kyle Chandler out of this fight. Again, it was such a pleasant surprise that Kyle Chandler was even nominated. Jon Hamm and Bryan Cranston are strong contenders, with fantastic AMC shows centered around their performance, but Dexter had such a great season that this is his year. While having its strongest season yet, Michael C. Hall upped his performance to go toe-to-toe with John Lithgow’s disturbing performance as the Trinity Killer. And I hate to think of it this way, but his recent battle with cancer probably garnered him a few sympathy votes.

I fear that the two LOST nominees will end up splitting the vote, which would be a shame since this was Terry O’ Quinn’s finest season. He did a fantastic job of playing both roles of The Man in Black and alt-verse Locke.  I don’t watch Damages and Breaking Bad (I’ll be fixing that eventually, I swear), but have heard strong buzz about both Martin Short and Aaron Paul. In the end, I think the Emmy will go to the more recognizable name, Martin Short, since that’s how things usually turn out. 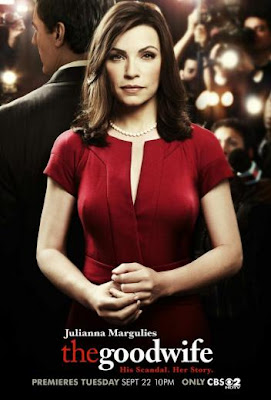 My biggest girl crush at the moment is Christina Hendricks. She’s got such a beautiful face, an amazing body that is making curves sexy again, and is a solid actress to boot. However, I don’t think she’ll be winning tomorrow. It’s hard to predict this one since the double nominations for The Good Wife and Mad Men may split votes, but buzz seems to be in Christine Baranski’s favor. As The TV Addict said, “the amount of levity and romance she brought to her scenes with special guest star Gary Cole, turn[ed] what very easily could have been a one-note character into one character to remember.”

Napiers News will be Tweeting The 2010 Emmys

Smoke Gets in Your Ears: A MAD MEN Podcast – Episode 5