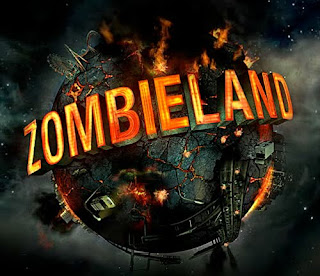 Last night I went to the premiere of Zombieland! It’s not as glamorous as it sounds – I was just a seat filler, but it was still great to see the movie in advance!

After a worrying, hour long commute from West LA to West Hollywood we made it to Grauman’s Chinese Theater. Sarah and I made a mad dash towards the theater only to be turned around and directed to the back corner of the street where the lowly seat fillers were lined up. But before we left the area, I did get to see Jesse Eisenberg (aka Michael Cera’s less awkward, cuter dopelganger)! 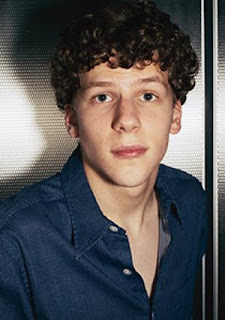 The crowd was full of paparazzi and fans decked out in zombie make up. All the usual street personalities were zombie themed as well – brain hungry Captain Jack Sparrow, for example. So we run to the seat filler line, thinking we’re late and end up waiting another 45 minutes to be let in. The red carpet was great, I’m sure. I’ll I could hear was the faint sounds of people shouting out names and clicks and flashes of cameras. But now, on to the movie! 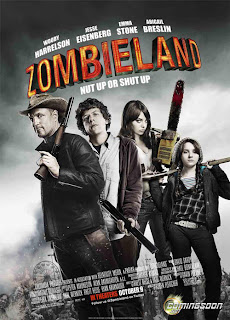 The movie follows Jesse Eisenburg’s Columbus as he tries to make his way through Zombieland – the remnants of the world after a zombie-like disease leaves him and a handful of others as the last sane people standing. He’s learned to keep certain rules to ensure his survival, and his explaning of these rules and the reminders throughout the film of their importance of some of the funniest moments. Some of the best moments in the movie were when the rules were never said, just acted out and the director gave us the subtitled hint. The actors all seem to be having a great time in the roles, especially Woody Harrelson. He played a great Talhassee, that pulled off making even some emotional moments just hilarious.

I don’t want to give too much away, because as with most horror films, the best moments are the surprises. This was a fun flick that didn’t take itself too seriously. I had a great time watching it and going along for the ride. My only complaint is that I have with most horror movies. The “Why would you do that?” type of thing where the girl runs upstairs instead of out the door, or doesn’t think to take a phone with her to call the cops. Those types of things always irk me, but at the same time there would be no exciting climax if the characters did the smart thing every time.

In all, I really recommend this movie! It had such cool visuals at time that I’m going to go ahead and say you should see this in theaters, don’t wait for DVD. In case you haven’t seen it yet, the trailer’s below. Check it out!